Available from Vernacular Books in March 2022, this sci-fi novella breathes new life into some of Kafka’s themes about capitalist society and identity present in some of his most famous works (like The Metamorphosis) by setting them on Meridian Colony, an alien planet where corporate values dictate human worth.

Kesh is afraid. Afraid of his classmates, his abilities, and his prospects for the future. He longs to escape. Then, his classmates kidnap and dump him in the middle of the alien rainforest. Alone.

Faced with certain death, Kesh locates the sansik, giant bugs native to the planet. Though the sansik seem to care for him at first, they set off a horrific metamorphosis in Kesh, and when they trade him back to Meridian, he becomes a living scientific curiosity. A bleak future of analysis without autonomy awaits him.

Trapped between the grasp of Meridian’s laboratories and a harsh alien world, Kesh must escape to have any chance of finding his purpose—and place—in the world. 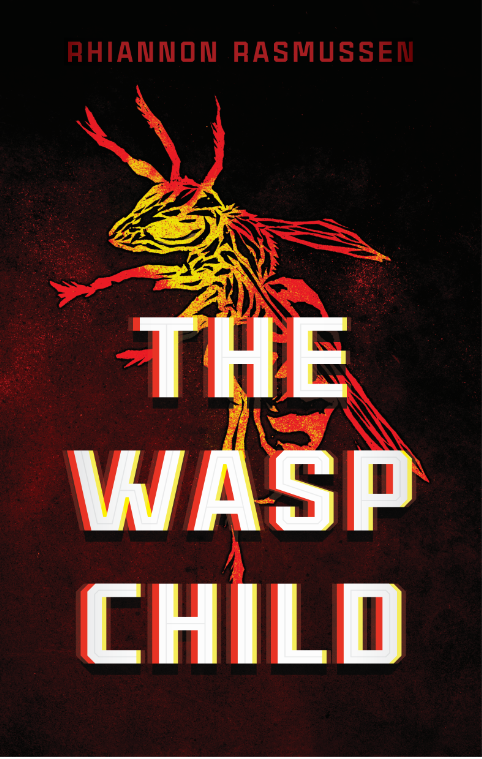 Rhiannon R-S is a nonbinary lesbian who lies on stacks of paper dreaming about teeth. Primarily interested in the boundaries of humanity, monstrosity, and phantasm, Rhiannon’s work has appeared in galleries & magazines including Lightspeed Magazine, IGMS, Autzen Gallery, Shimmer, Diabolical Plots, and ZEAL.

To find out more about Rhiannon, click here. Make sure to check out their story in Evil in Technicolor, as well!

[A] masterful work the likes of which I have not read in many years. […] In captivating and expert prose, Master of Rods and Strings brings to life a world where the enchantment of puppetry inexorably descends into a magical perdition.”” –Thomas Ligotti

“A thrilling amalgam of neo-noir and cyberpunk [… Velocity Blues] catapults readers into a near-future at once recognizable and startlingly strange. I read Velocity Blues in one sitting […] Great stuff.” –Elizabeth Hand

“A striking tale of violence and redemption with an abundance of mysterious dream/nightmare imagery.”–Kirkus Reviews

“Even more fun than the title suggests, Vibbert’s debut is a rip-roaring space heist” –Publisher’s Weekly

Master of Rods and Strings Pre-order